The Dewar Commission in the Outer Hebrides

Sir John A. Dewar was commissioned in 1910 to overcome the difficulties of implementing the National Insurance Act in the crofting communities. In industrial areas the working population were expected to contribute a proportion of earnings to a central fund to provide medical care when needed. In the Highlands and Islands this was seen as unworkable as the majority of the population were in crofting occupations with little or no regular income. This report was following on from others such as Coldstream’s report issued by the Royal College of Physicians’ of Edinburgh in 1852 and the Napier Report that both deplored the parlous state of medical services in the area. The remit of the enquiry was settled to be “...the counties of Argyll, Caithness, Inverness, Ross and Cromarty, Sutherland, Orkney and Shetland and from the Highlands of Perthshire, comprising the area in which isolation, topographical and climatic difficulties, and straitened financial circumstances are found most generally in combination, and, therefore, the area generally within which the question of adequate medical provision is most pressing.”

This site contains the transcript of the evidence heard by the Dewar Commission during its hearings at Stornoway (twice) and Garynahine in Lewis; Tarbert in Harris and Lochmaddy, North Uist. These texts are linked to from the side-panel on the right-hand side of this site.

The evidence was scanned from the full report, which is available at Stornoway Library. The resulting images were converted to editable text using the services of http://www.newocr.com, and the resulting text subsequently cleaned up and entered onto this site.
Posted by ADB No comments: 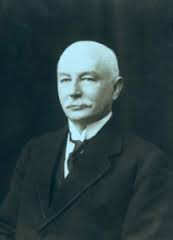